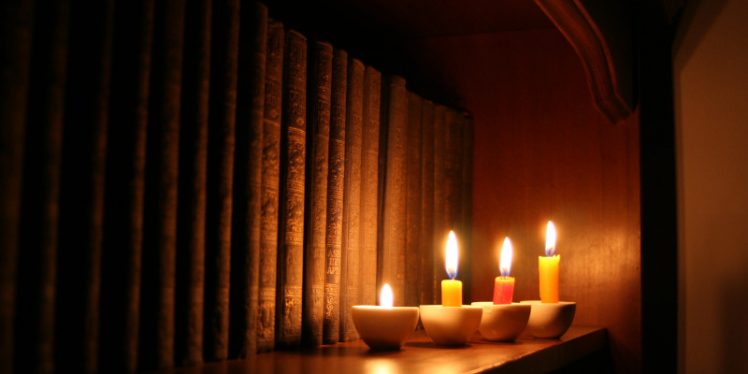 Godfather Death gives his godson the gift to know who will recover and who will die from an illness. But what happens when he abuses this gift?

Godfather Death is a Brothers Grimm fairy tale about a boy who gets Death as a godfather. Death gives him the gift to know when somebody will restore from a sickness and to heal them. He becomes a famous physician. When he abuses his gift Death takes him and lets him die.

A poor man is looking for a godfather

A poor man had twelve children. He was forced to work night and day to give them even bread.

So when the thirteenth came into the world, he knew not what to do. He ran out into the great highway and resolved to ask the first person whom he met to be godfather.

The first to meet him was the good God who already knew what filled his heart. God said to him, “Poor man, I pity you. I will hold your child at its christening and will care for it and make it happy on earth.”

“Then I do not want to have you for a godfather,” said the man; “you give to the rich and leave the poor to hunger.”

So spoke the man, for he did not know how wisely God apportions riches and poverty.

Rejecting the Devil as godfather

He turned away from God and went further. Then the Devil came to him and said, “What do you seek? If you will take me as a godfather for your child, I will give him gold in plenty and all the joys of the world as well.”

“Then I do not want to have you for godfather,” said the man; “you deceive men and lead them astray.”

He went onward. Death came striding up to him with withered legs and said, “Take me as godfather.”

“I am Death and I make all equal.”

Then the man said, “You are the right one, you take the rich as well as the poor, without distinction; you shall be godfather.”

Death answered, “I will make your child rich and famous, for he who has me for a friend can lack nothing.”

The man said, “Next Sunday is the christening; be there at the right time.”

Death appeared as he had promised, and stood godfather quite in the usual way.

When the boy had grown up, his godfather one day appeared and told him go with him. He led him into a forest and showed him a herb which grew there.

He said, “Now you shall receive your godfather’s present. I make you a celebrated physician. When you are called to a patient, I will always appear to you. If I stand by the head of the sick man, you may say with confidence that you wilt make him well again. If you give him of this herb he will recover.”

“However if I stand by the patient’s feet, he is mine. You must say that all remedies are in vain and that no physician in the world could save him. But beware of using the herb against my will, or it might be your downfall.”

It was not long before the youth was the most famous physician in the whole world.

“He had only to look at the patient and he knew his condition at once, and if he would recover, or would have to die.” So they said of him. From far and wide people came to him. They sent for him when they had any illness and gave him so much money that he soon became a rich man.

The king is sick

Now it so happend that the king became ill. The physician was summoned and had to say if recovery was possible. When he came to the bed, Death was standing by the feet of the sick man. There was no herb to save him now.

“If I could but cheat Death for once,” thought the physician, “he is sure to take it ill if I do, but, as I am his godson, he will shut one eye; I will risk it.”

He therefore took up the sick man and laid him the other way, so that now Death was standing by his head. Then he gave the king some of the herb. He recovered and grew healthy again.

Death came to the physician, looking very black and angry, threatened him with his finger, and said, “You have overreached. This time I will pardon it, because you are my godson. However if you do it again, it will cost you your neck. I will take you with me yourself.”

Soon afterwards the king’s daughter fell into a severe illness. She was his only child and he wept day and night. He wept so much that he began to lose the sight of his eyes.

He let it be known that whoever would rescue her from death would get to marry her and inherit the crown. When the physician came to the sick girl’s bed, he saw Death by her feet.

He ought to have remembered the warning given by his godfather, but he was so infatuated by the great beauty of the king’s daughter and the happiness of becoming her husband, that he flung all thought to the winds.

He did not see that Death was casting angry glances on him, that he was raising his hand in the air and threatening him with his withered fist.

He raised up the sick girl and placed her head where her feet had lain. Then he gave her some of the herb. Instantly her cheeks flushed red and life stirred afresh in her.

Death takes his godson to a cave with candles

When Death saw that for a second time he was defrauded of his own property, he walked up to the physician with long strides. “All is over with you. Now it is your turn.”

He seized him so firmly with his ice-cold hand, that he could not resist. He led him into a cave below the earth. There he saw how thousands and thousands of candles were burning in countless rows, some large, others half-sized, others small. Every instant some were extinguished and others again burnt up, so that the flames seemed to leap hither and thither in perpetual change.

“See,” said Death, “these are the lights of men’s lives. The large ones belong to children. The half-sized ones to married people in their prime. The little ones belong to old people; but children and young folks likewise have often only a tiny candle.”

“Show me the light of my life,” said the physician and he thought that it would be still very tall. Death pointed to a little end which was just threatening to go out, and said, “Behold, that’s the one.”

“Ah, dear godfather,” said the horrified physician, “light a new one for me, do it for love of me, that I may enjoy my life, be king, and the husband of the king’s beautiful daughter.”

“I cannot,” answered Death, “one must go out before a new one is lighted.”

“Then place the old one on a new one, that will go on burning at once when the old one has come to an end,” the physician pleaded.

Death behaved as if he were going to fulfill his wish. He took hold of a tall new candle. However as he desired to revenge himself, he purposely made a mistake in fixing it. The little piece fell down and was extinguished.

Immediately the physician fell on the ground. Now he himself was in the hands of Death.

Who wrote the story Godfather Death?

The tale was published by the Brothers Grimm in the first edition of their Grimms’ Fairy Tales. Their source was Marie Elisabeth Wild.

When was Godfather Death written?

The Brothers Grimm included it in the first edition (1812) of their Grimm’s Fairy Tales. They added the ending in which Death kills the physician in later editions.

What is the moral of Godfather Death?

Don’t be greedy. You have been given a gift, use it but don’t abuse it. One day Death will come for you. 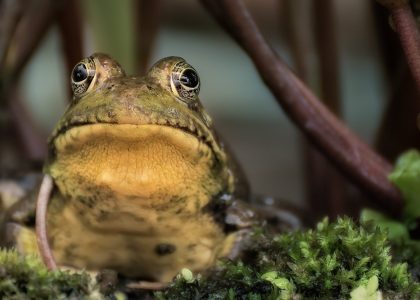 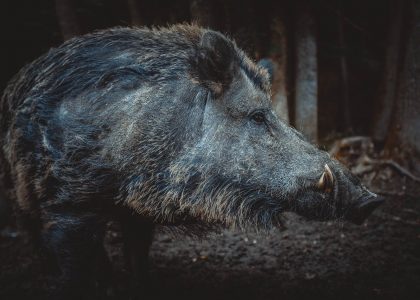 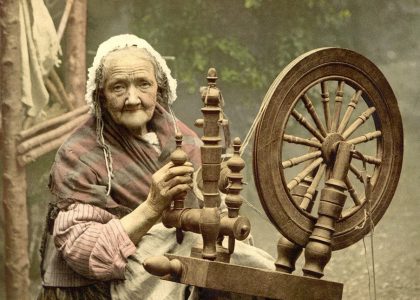 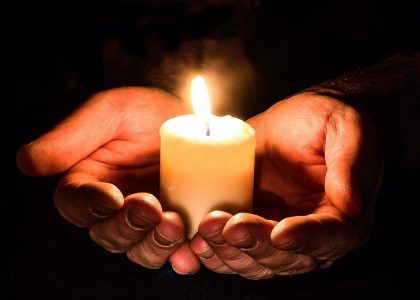