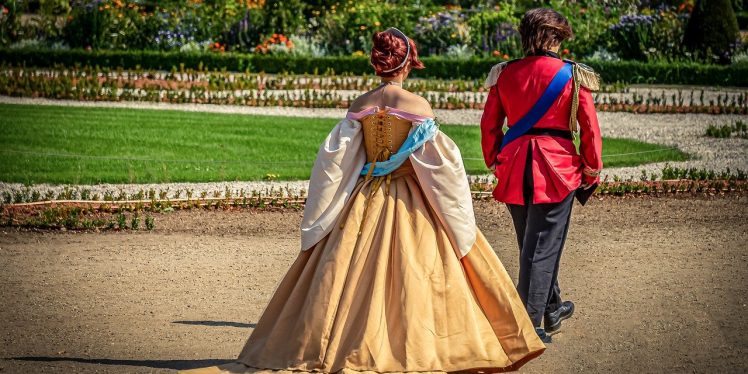 A prince gives a princess a riddle: “One killed none and yet killed twelve.” If she guesses the answer, he will be beheaded.

The Riddle is a Brothers Grimm fairy tale about a prince who travels the world. A witch poisons his horse, a raven eats it and his servant kills the raven. Twelve murderers eat soup with raven in it and die. “One killed none and yet killed twelve” is the riddle he gives to the princess he ends up marrying.

The prince travels the world

There was once a prince who wanted to travel the world. He only took a faithful servant with him.

One day he came to a great forest. When darkness overtook him he could find no shelter. Where to pass the night?

Then he saw a girl who was going towards a small house. When he came nearer he saw that the woman was young and beautiful. He said, “Dear child, can I and my servant find shelter for the night in the little house?”

“Why not?” asked the prince. The young woman sighed and said, “My stepmother practices wicked arts; she doesn’t like strangers.”

He understood quite well that he had come to the house of a witch. However it was dark and he could not go farther. He was also not afraid, so he entered.

An old woman was sitting in an armchair by the fire and looked at the stranger with her red eyes. “Good evening,” growled she, and pretended to be quite friendly. “Take a seat and rest yourselves.”

She blew up the fire on which she was cooking something in a small pot. The daughter warned the two to be prudent, to eat nothing and drink nothing, for the old woman brewed evil drinks.

The witch brings a drink

They slept quietly until early morning. When they were preparing for their departure and the prince was already seated on his horse, the old woman said, “Stop a moment, I will first hand you a parting drink.”

Whilst she was fetching the drink, the prince rode away. The servant who had to buckle his saddle tight was the only one present when the wicked witch came back with the drink.

“Take that to your master,” she said. But at that instant the glass broke and the poison splashed on the horse. It was so strong that the animal immediately fell down dead.

The servant ran after his master and told him what had happened. He would not leave his saddle behind him and ran back to fetch it. When he came to the dead horse a raven was already sitting on it devouring it.

“Who knows whether we shall find anything better today?” the servant said to himself. He killed the raven and took it with him. They journeyed onward into the forest the whole day, but could not get out of it.

Trouble at the inn

By nightfall they found an inn and entered it. The servant gave the raven to the innkeeper to prepar for supper. They had, however, stumbled on a den of murderers. During the darkness twelve of these murderers came, intending to kill the strangers and rob them.

Before executing their plan, they sat down to supper. The innkeeper and the witch sat down with them and together they ate a dish of soup in which was cut up the flesh of the raven. Hardly had they swallowed a couple of mouthfuls, before they all fell down dead. The raven was poisoned because it had eaten the flesh of the horse.

There was no no one else left in the house but the innkeeper’s daughter. She was honest, and had taken no part in their godless deeds. She opened all doors to the stranger and showed him the all the treasures. But the prince said she could keep everything, he would have none of it. Onward he rode with his servant.

A princess wants a riddle

After they had traveled a long time, they came to a town. There was a beautiful but proud princess. She had it proclaimed that whomever would give her a riddle which she could not solve, that man would become her husband. But, in case she would guess it, his head would be cut off.

She had three days to guess it, but was so clever that she always found the answer to the riddle given her before the appointed time. Nine suitors had already died in this way when the prince arrived. Blinded by her great beauty he was willing to stake his life for it.

He went to her and laid his riddle before her. “What is this?” he said, “One killed none and yet killed twelve.”

She did not know what that was. She thought and thought, but she could not find out. She opened her riddlebooks, but it was not in them—in short, her wisdom was at an end.

As she did not know how to help herself, she ordered her maid to creep into the prince’s sleeping chamber and listen to his dreams. Perhaps he would speak in his sleep and reveal the answer to the riddle.

The clever servant had placed himself in the bed instead of his master. When the maid came, he tore off the mantle in which she had wrapped herself and chased her out with rods.

The second night the princess sent her maid-in-waiting, who was to see if she could succeed better in listening, but the servant took her mantle also away from her and hunted her out with rods.

Solving the riddle with an happy ending

The master believed himself safe for the third night and lay down in his own bed. Then came the princess herself. She had put on a misty grey mantle and she seated herself near him.

When she thought that he was asleep and dreaming, she spoke to him, hoping that he would answer in his sleep as many do. He was awake though and understood and heard everything quite well.

She asked, “One killed none, what is that?”

He replied, “A raven, which ate of a dead and poisoned horse and died of it.”

She inquired further, “And yet killed twelve, what is that?”

He answered, “That means twelve murderers, who ate the raven and died of it.”

When she knew the answer to the riddle she wanted to steal away, but he held her mantle so fast that she was forced to leave it behind her.

Next morning the princess announced that she had guessed the riddle and sent for the twelve judges and expounded it before them. The prince begged to be heard and said, “She stole into my room in the night and questioned me, otherwise she could not have discovered it.”

The judges said, “Bring us a proof of this.”

There were three mantles brought in by the servant. When the judges saw the misty grey one which the princess usually wore, they said, “Let the mantle be embroidered with gold and silver, and then it will be your wedding mantle.

Tips for Telling The Riddle

Who wrote the story The Riddle?

The Brothers Grimm included it in the second edition (1819) of their collection. They rewrote it extensively for later editions. Their oral sources were Dorothea Viehmann and an unnamed person.

When was The Riddle written?

The fairy tale was first included in the second edition of the Brothers Grimm Fairy Tales (1819). After that, they kept rewriting and developing it. 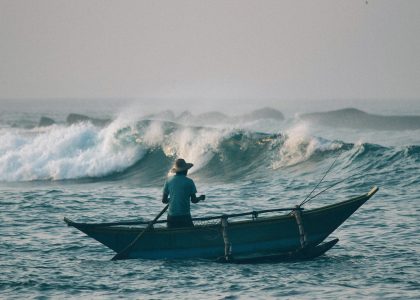 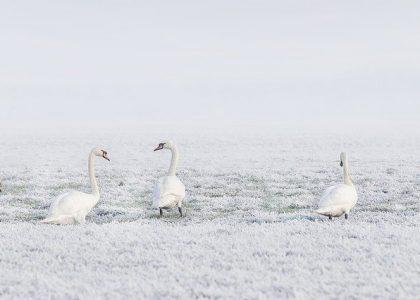 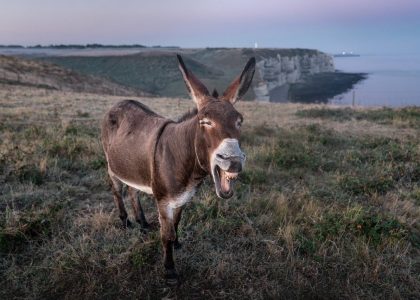 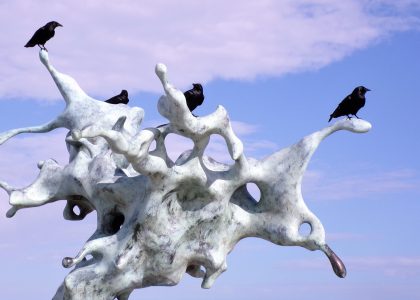